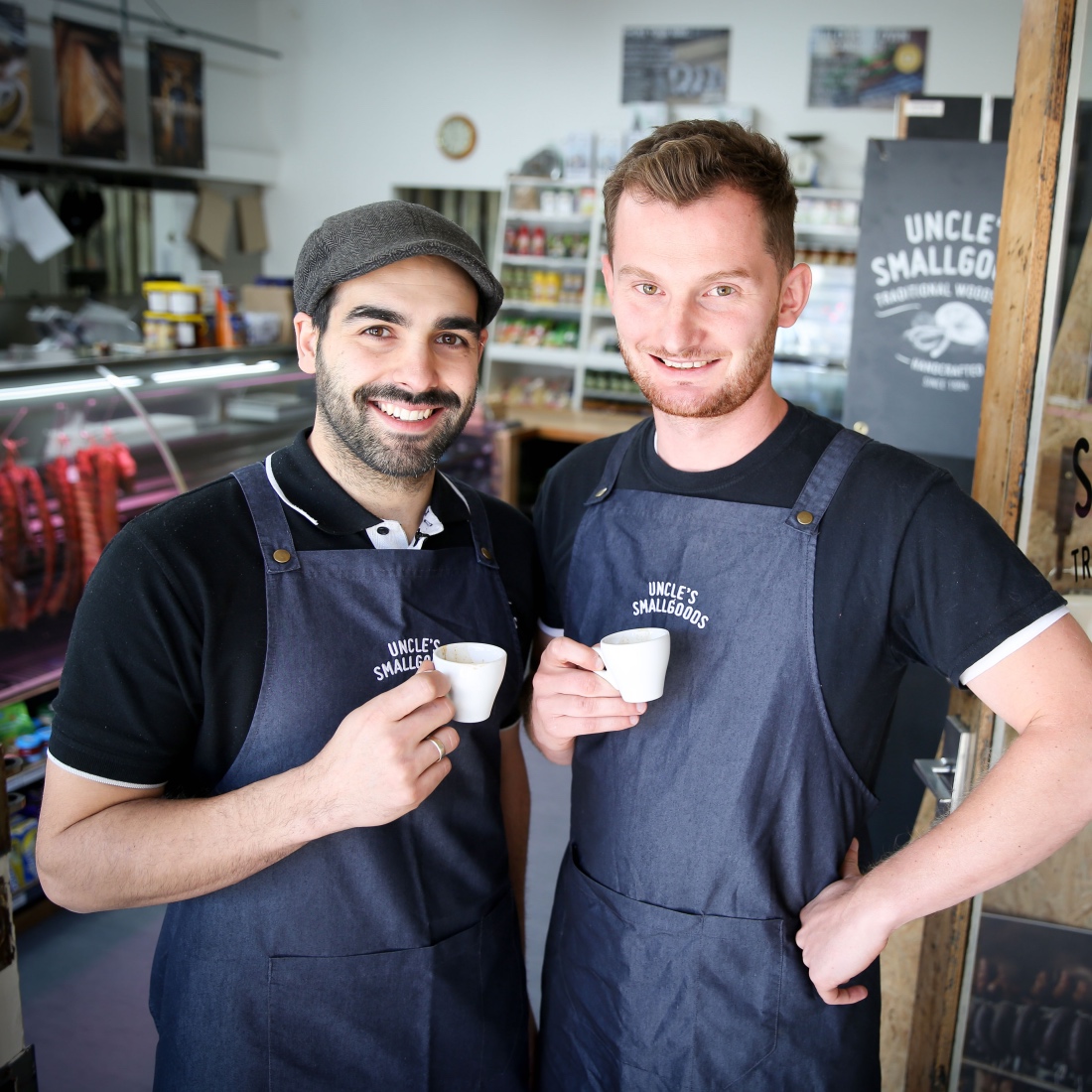 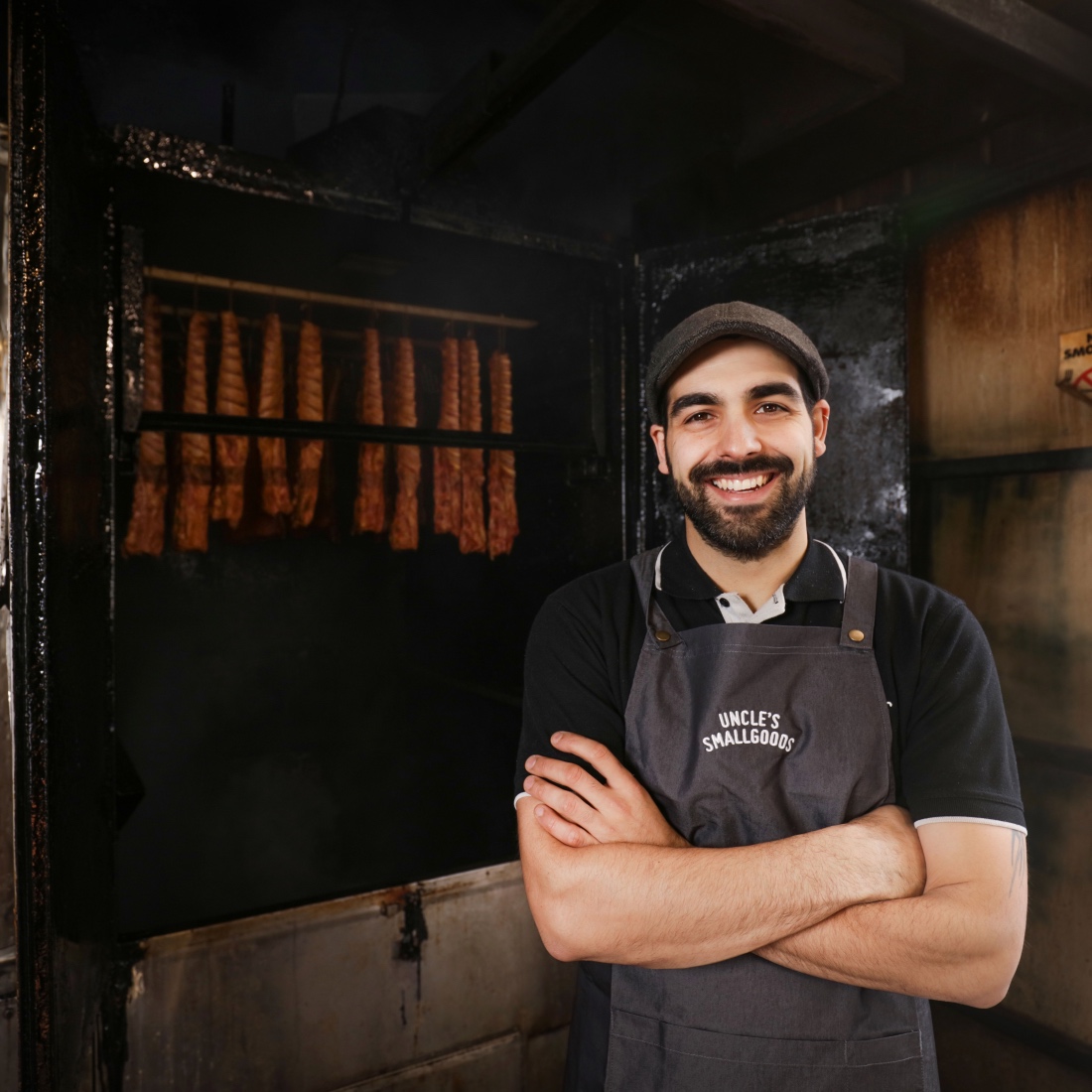 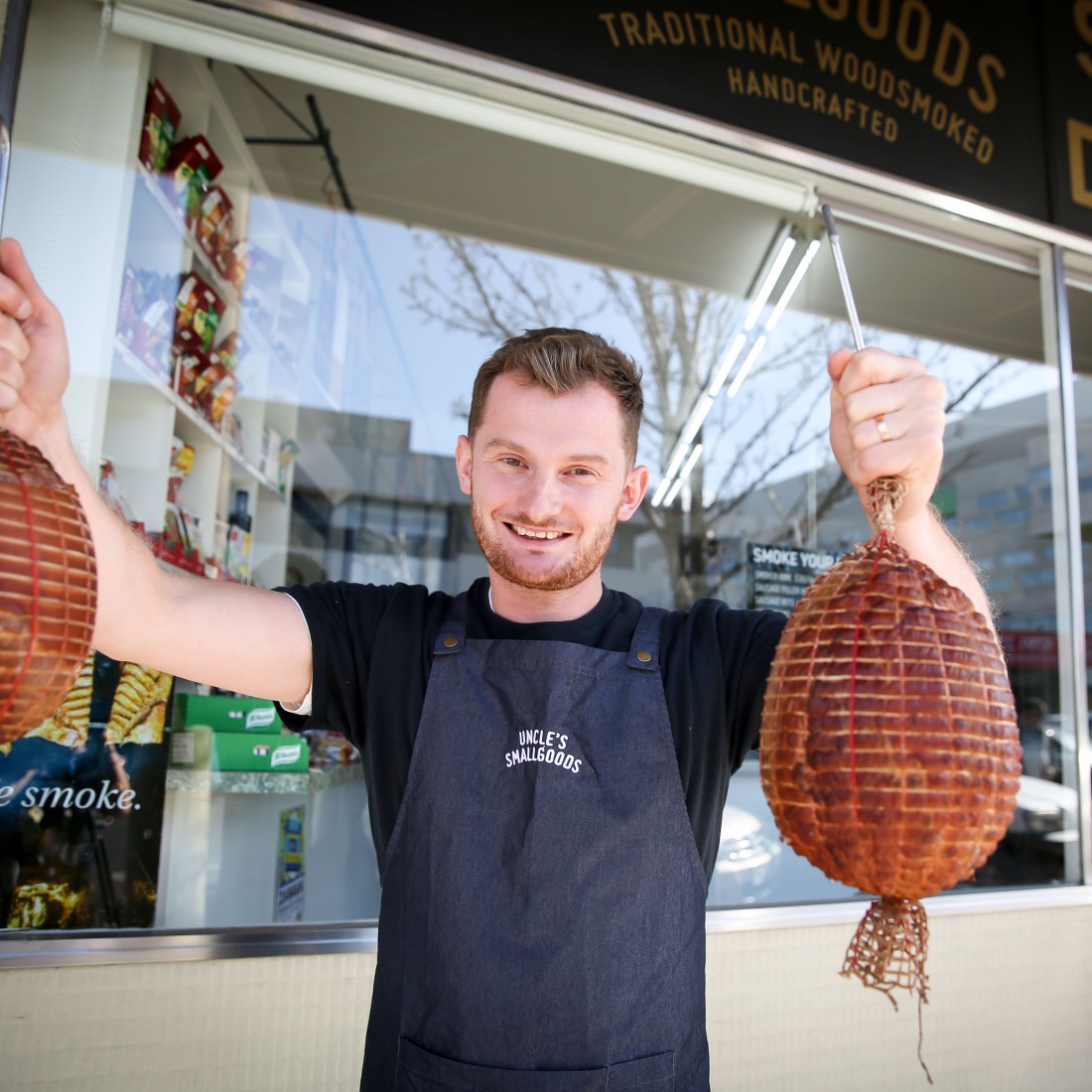 Uncle’s Smallgoods in Dandenong brings together old-world experience and youthful energy; retail smarts and a passion for real food and traditional processes.

Owners Brendan D’Amelio and Bert Glinka, who are also brothers in law, started out life in the corporate world. Their shared love of food led to them starting a small operation selling kranskies at markets and events, where they got a taste for the industry.

The kranskies were sourced from Uncle’s, and when they learned that owner Marian Poprawski was looking to retire, they seized the opportunity. When the boys approached Marian and asked to buy his traditional Polish deli, he took some convincing.

“Marian didn’t believe these two young blokes were willing to do the hard work to run the business properly, so he had us come in on a Sunday to chop an enormous pile of wood,” says Brendan.

“We thought we’d knock it over in a couple of hours, but it was a very hot day and it got the better of us. Marian saw we had it in us to get our hands dirty so he knew then we were serious.”

The boys would go on to buy the Dandenong deli, where they’re putting that imposing woodpile to use. Uncle’s Smallgoods specialises in traditional wood smoked and handcrafted smallgoods made in small batches on a weekly basis.

More than four years later, the business has grown without losing the traditional processes that make it special. Bert looks after the retail side of the business while Brendan manages production.

“Real food is good food. You can’t beat doing it this way. It tastes better and it’s better for you,” says Brendan. 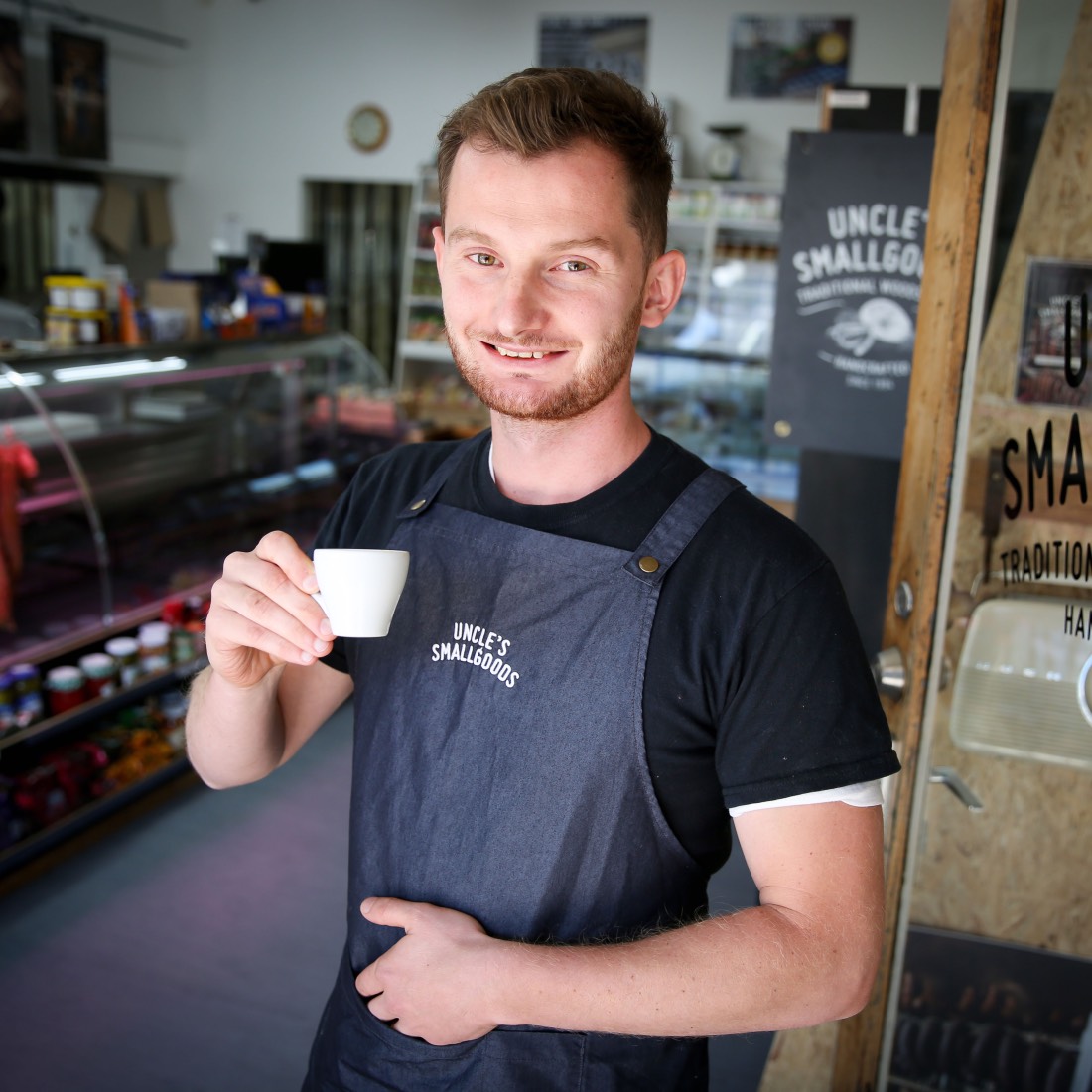 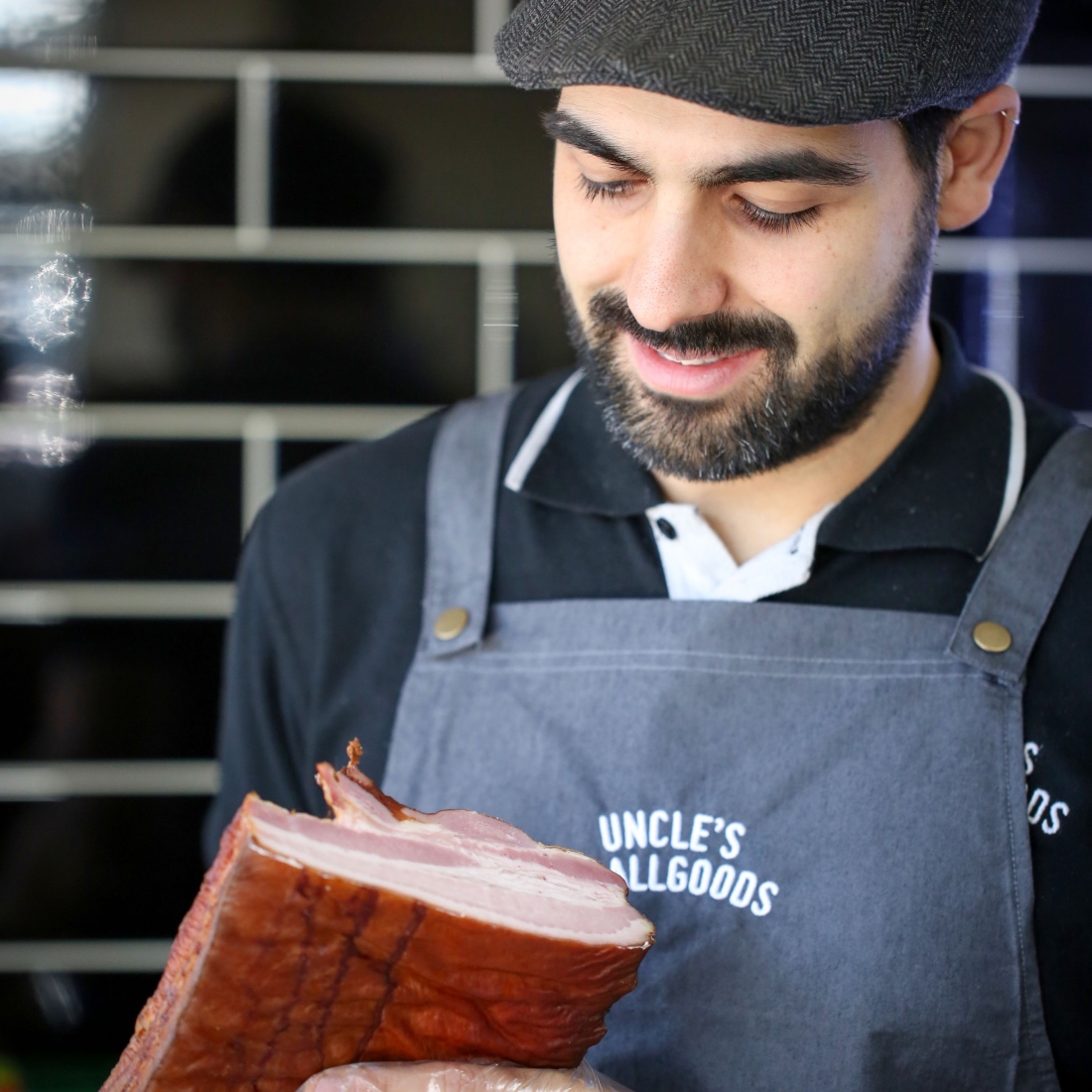 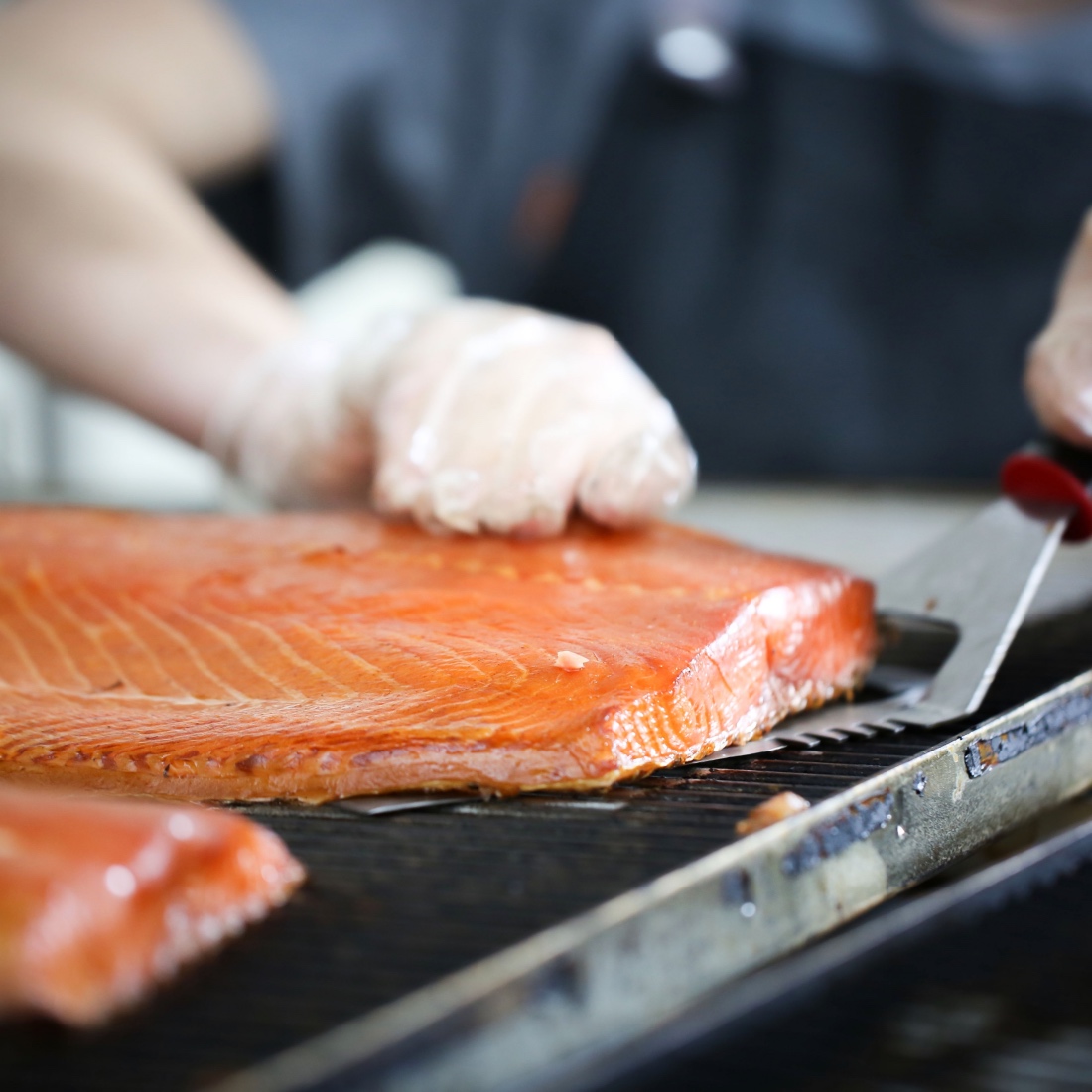 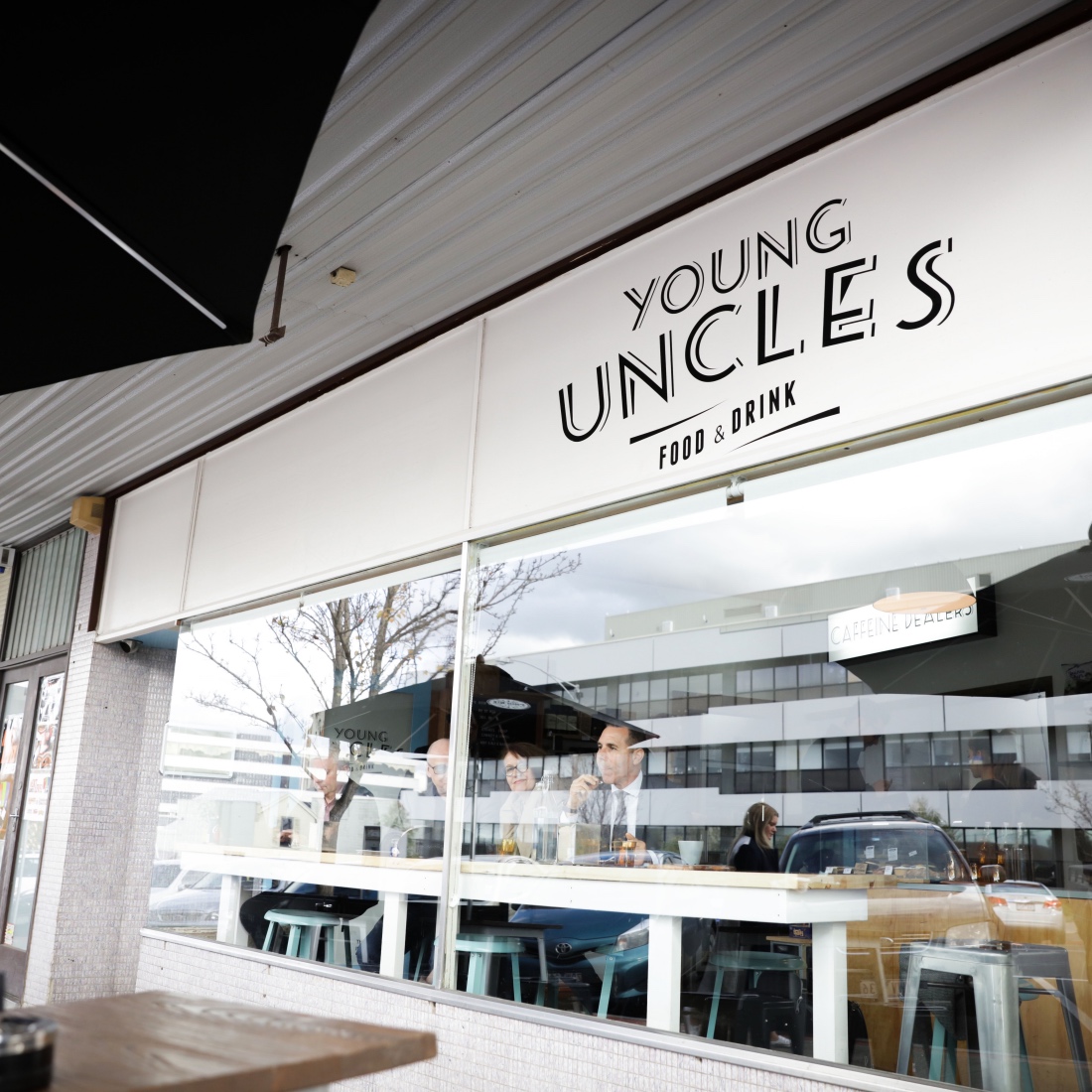 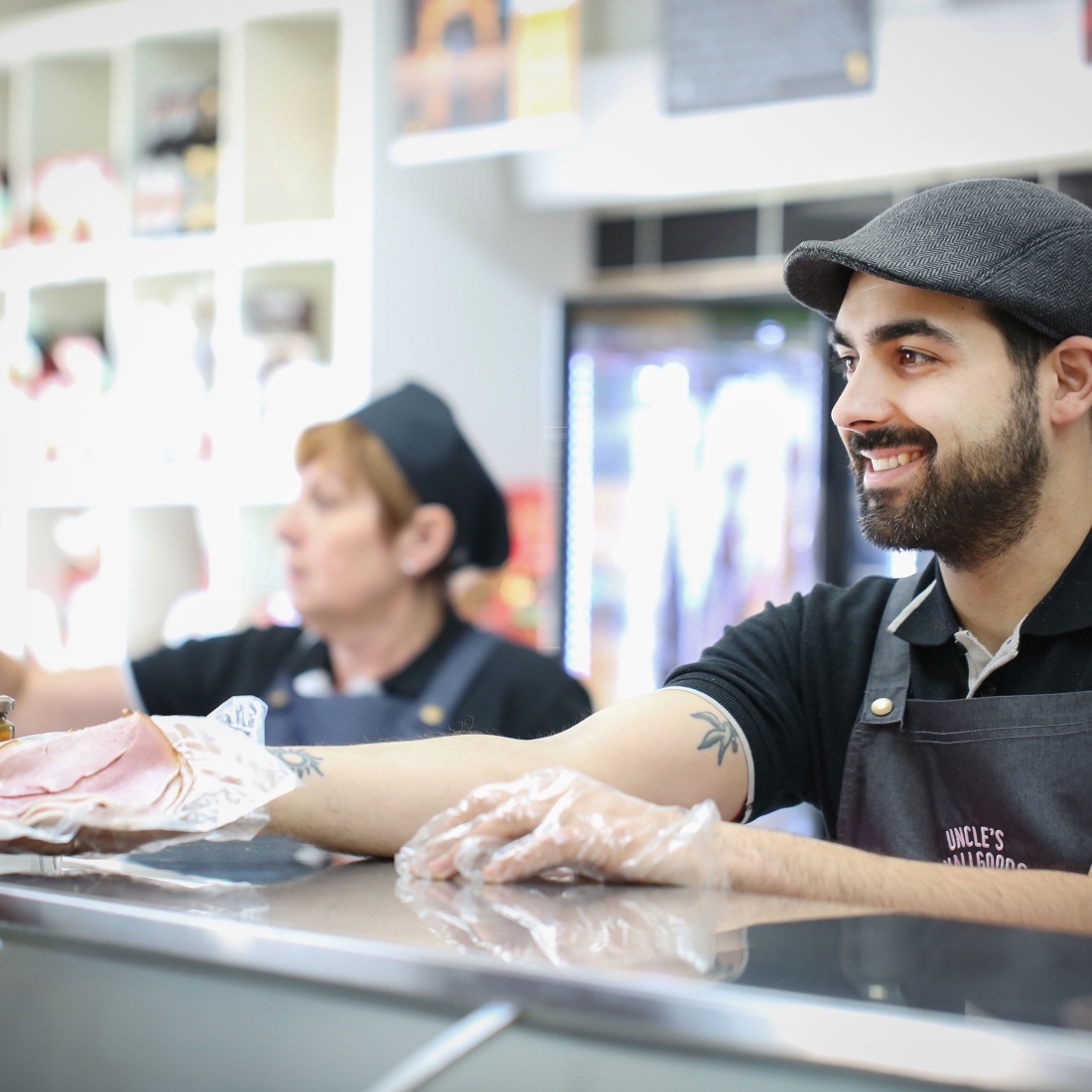 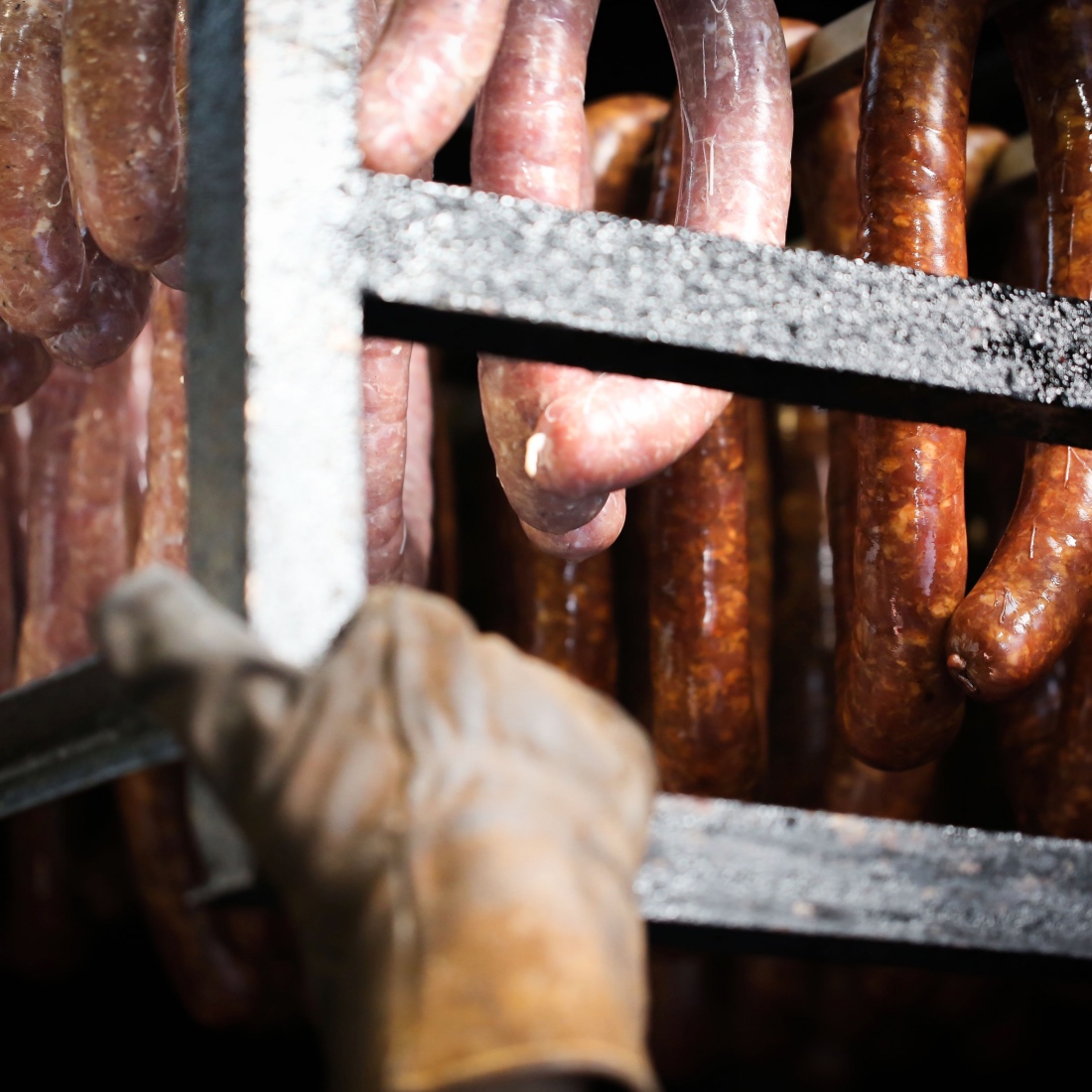 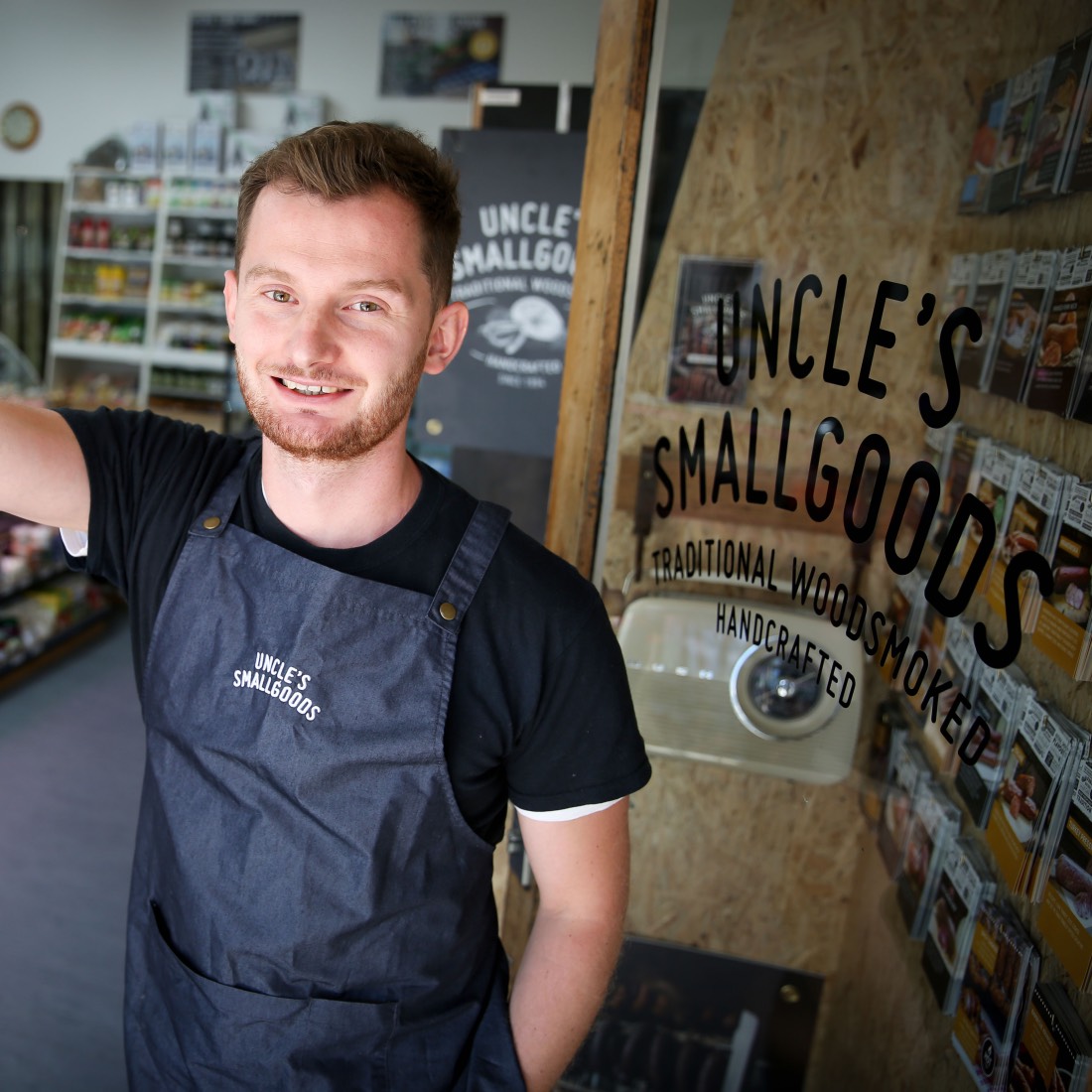 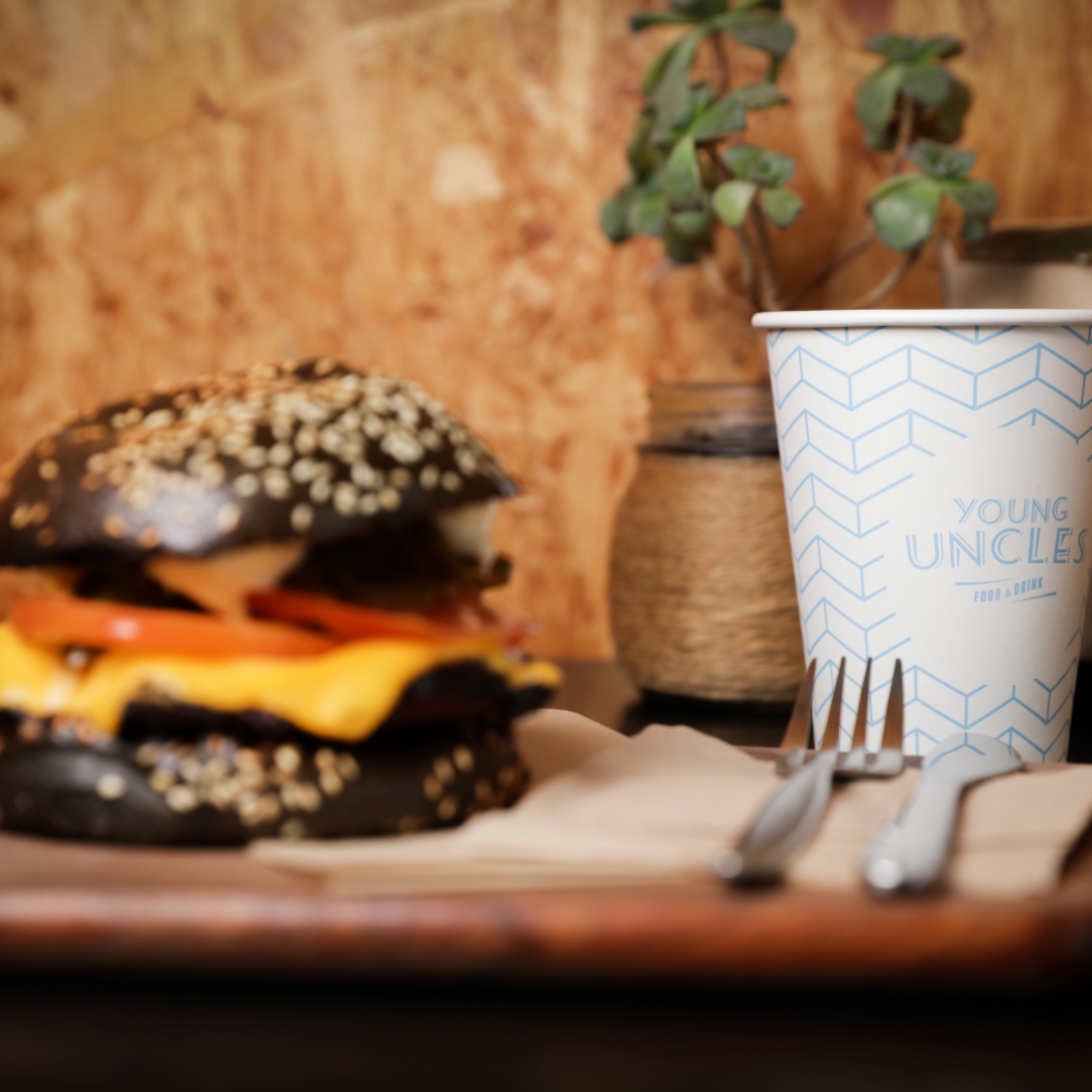 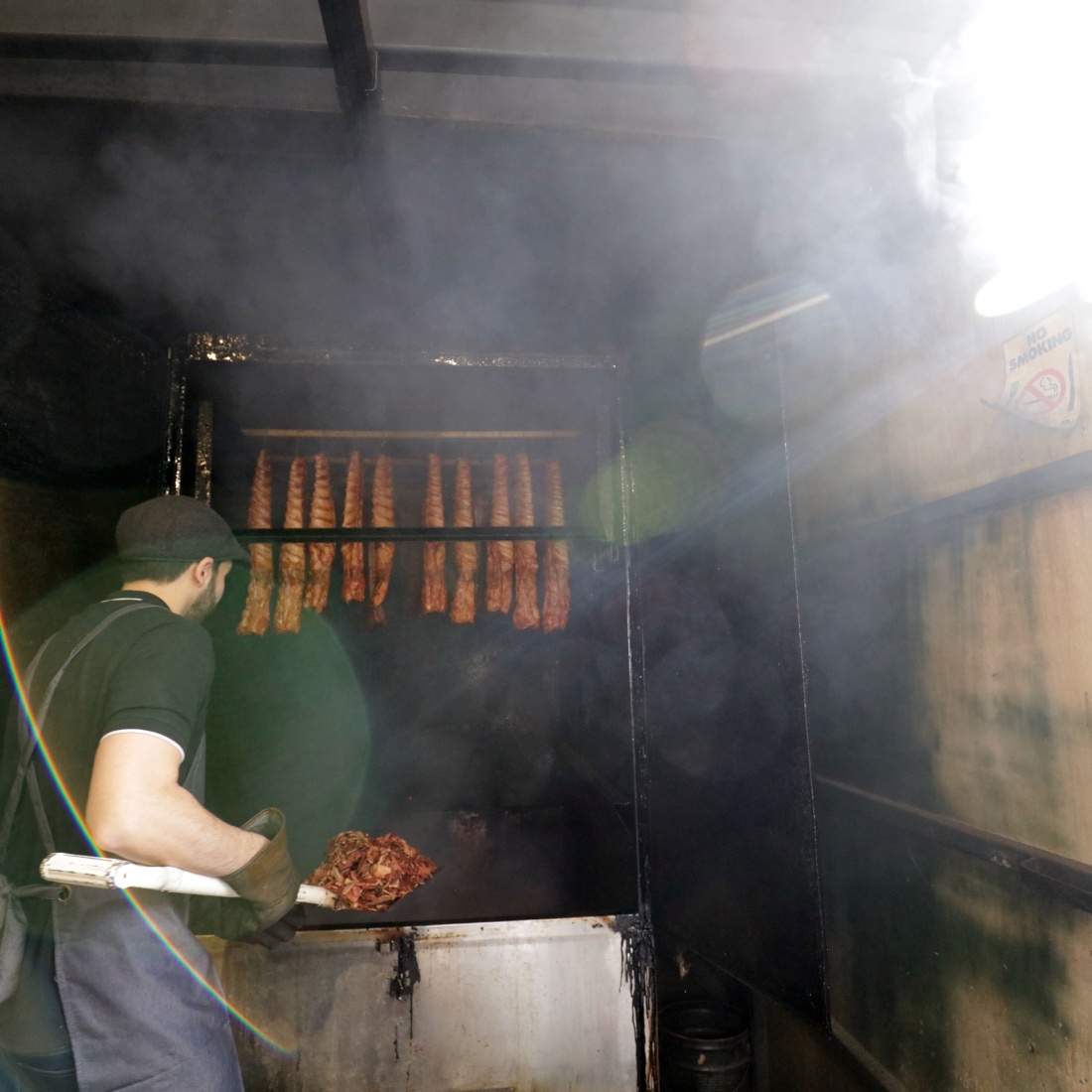 “We reckon when you buy food you should know what you’re buying. If you pick up a packet of bacon at the supermarket, you see pork is only one of many ingredients. Our bacon is pork, brine and wood smoke. That’s it.”

While they were fortunate to inherit a loyal customer base with the deli, Brendan and Bert recognised they were an aging group and their biggest hurdle would be attracting a younger audience without scaring their current customers away.

That’s why they opened Young Uncles, a cafe next door to the deli with an inner city feel tailored at a younger audience.

The menu features dishes showcasing the deli’s produce. Diners can enjoy a ham and cheese baguette or a black brisket burger while sipping on specialty coffee and are then able to go next door to purchase smallgoods to take home. 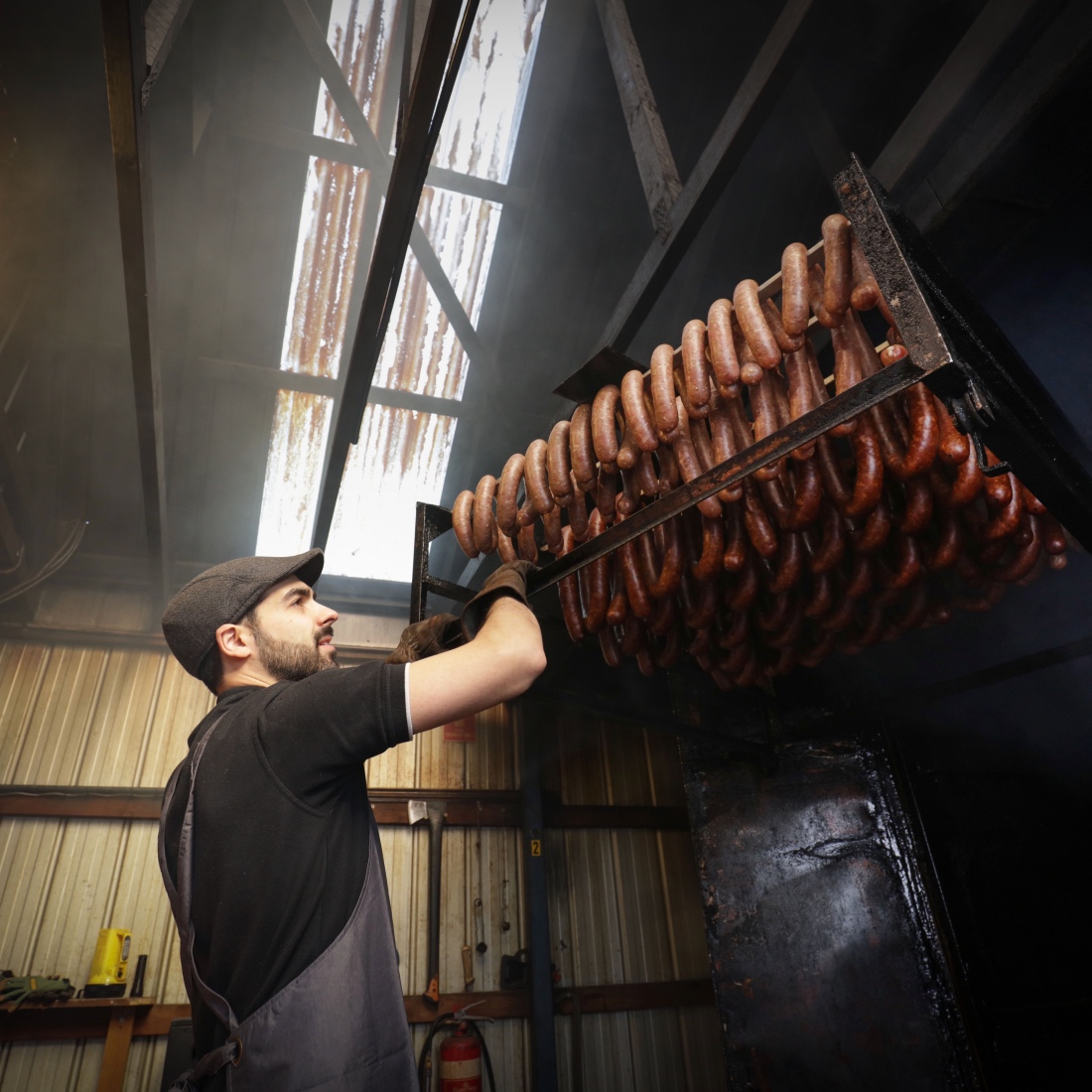 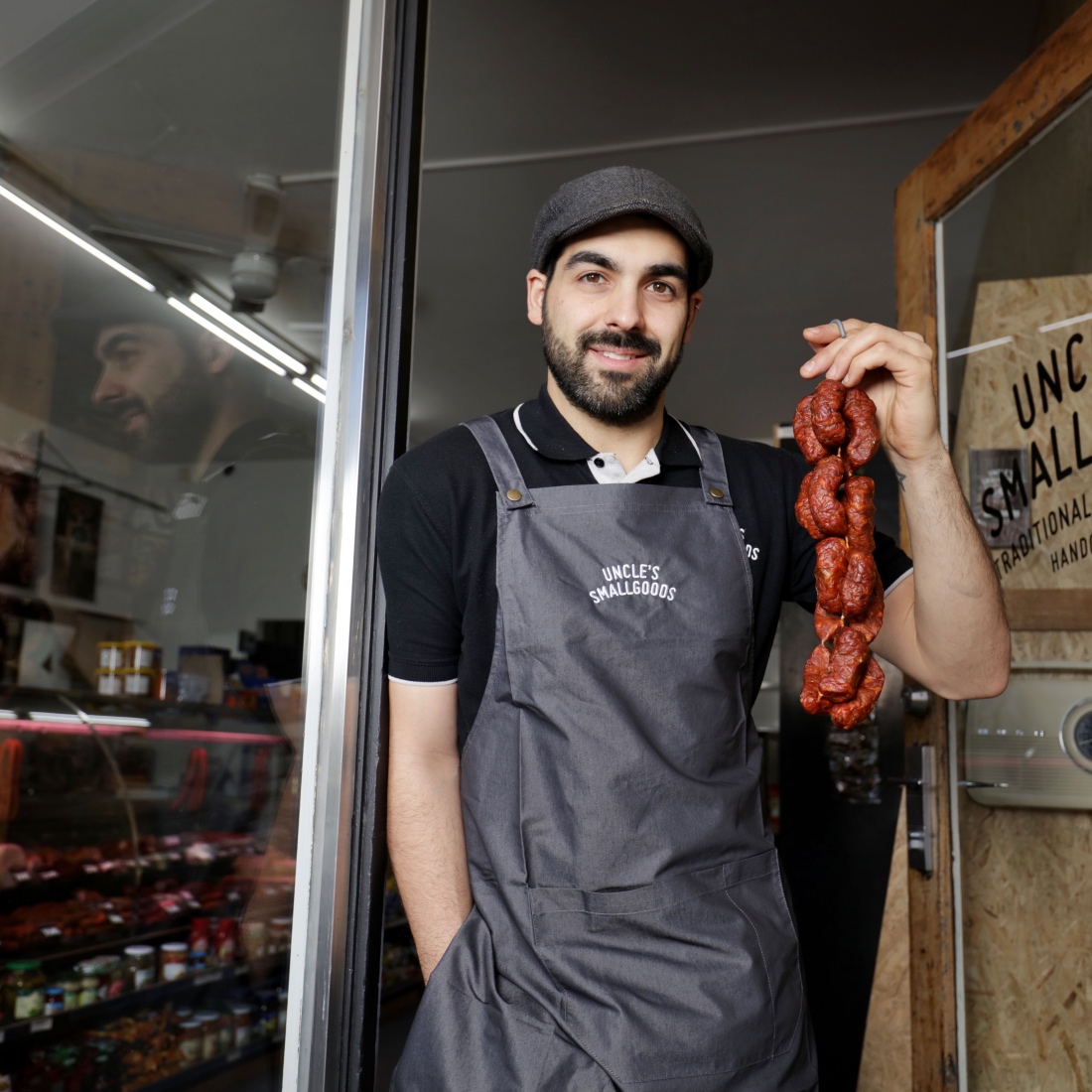 The model’s proven successful – they’ve recently added Sunny and Thor, a second cafe down the road. To get the expansion off the ground, Uncle’s Smallgoods made use of a small business grant provided by Greater Dandenong City Council.

“We knew right away that if we wanted a successful cafe, we needed to produce a rock solid coffee, so we needed a good machine.”

The grant got them the machine, fuelling an expansion that now sees them employing 20 staff. The business has recently purchased a factory to grow its wholesale business. The facility features a traditional wood fired smoke oven, ensuring the businesses core values and traditional processes remain as the business expands.

The core, according to Brendan, is innovation and flexibility.

For example, last Valentine’s Day, Uncle’s Smallgoods sold a ‘sausage bouquet’ as an alternative to roses. The publicity was a success, garnering mainstream media coverage that didn’t break the bank, and the product is still being bought.

For others getting into the small business game, Brendan says it’s important to go over the numbers.

“Set a budget and ensure it all adds up. Include overheads and staff. Pay yourself a wage from day one, because if you can’t maintain it, you know you’re on a slippery slope.”

Attend a Business Victoria workshop or event to improve your skills, network with others and get advice on your business from an expert or mentor.